I spent last weekend in Linköping at Mjärdevi Science Park with a bunch of other nerds, 20 competing teams and the lovely staff of East Sweden Hack. The theme of the competition was Internet of Things, which was an inspiring new direction for a hackathon.

The competition started off on Friday afternoon with a bunch of inspiring talks, and the head of the Swedish Innovation Agency declared the competition opened. I gave a short talk about open data; Ville Ingman showed a drones and the mingle started.

Saturday and half of the Sunday were the days for the teams to develop their ideas into reality. They needed to use at least one open data source provided by the organization. The sources were connected to the region and city of Linköping or other sponsors, like Spotify. Their ideas was spread from talking robots that showed you tourist spots as the nearest restaurant, a sun indicator on a bag, a scale that compared your health profile with persons of the same age in the region, indicators for snow obstructions and a scale for schools food waste.

Sunday afternoon was a hectic period for the 12 juries – mostly from the sponsors. The prizes varied from best team spirit to best health development. I was in the main jury with three other, and my work was to judge open data usage. Many of the team was on the internet of thing, a new domain to most of them or using open data without the edge of the interaction. To me, this means that we can do better work talking about open data and how to combine different data source in a business smart way. Despite this, we had a great favorite – the security alarm when you are out alone. This idea uses geo-data combined with your personal data and in this version data from the city.

I want to thank the fantastic crew of East Sweden Hack for their ambitious work – 200 persons at the prize ceremony was an amazing experience! If you want to read more about the hackathon – here is a link to their Swedish home page: http://eastswedenhack.se 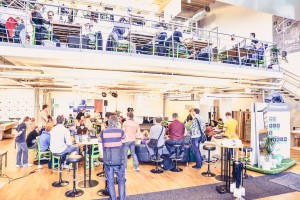 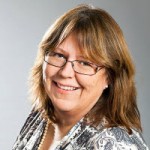